As the hundred year anniversary of the Battle of the Somme approaches (1st July 2016), here’s a look at the most interesting biographies of our greatest war poets, and some surprising facts you might not know about them.

‘They shall grow not old, as we that are left grow old:
Age shall not weary them, nor the years condemn.
At the going down of the sun and in the morning
We will remember them.’

At the time of writing, in 1914, Binyon was in Cornwall and had never visited the Western Front – he was too old to enlist, though he later served as a Red Cross orderly. His close friend Ezra Pound gave him the rather undignified nickname ‘BinBin’.

Rupert Brooke (1887-1915) was a six-foot dreamboat, called ‘the most handsome young man in England’ by W. B. Yeats. His charisma, charm and intelligence (and, no doubt, those good looks) endeared him to creative and influential friends including E. M. Forster, Bernard Shaw and the Bloomsbury set. He did die abroad – as his most famous poem ‘The Soldier’ predicted – but it was in fact from an infected mosquito bite en route to Gallipoli in 1915. His grave is on the Greek island of Skyros, where his comrades had to bury him without much ceremony under a stone cairn, although a more elegant marker was later erected. Jeffrey Archer and his wife Mary are the current owners of the Old Vicarage, Grantchester, immortalised in another of Brooke’s best-loved verses.

Thomas Hardy (1840-1928) is now better known for his novels, but he saw himself as a poet all his life and his works include ‘In Time of ‘The Breaking of Nations’’, written in 1915. Some of his books attracted moral censure – Jude the Obscure was even burnt by a bishop. His first wife, Emma, encouraged his work and he was inspired by their somewhat difficult relationship. Despite their unhappiness, after her death he found himself flooded with guilt and too-late love that found moving expression in some of his later poems. His second wife, Florence, previously his 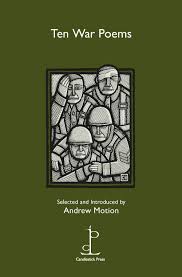 assistant, apparently endured this patiently and accompanied him on pilgrimages to places associated with his first marriage so he could write about it. His body is buried in Poets’ Corner at Westminster Abbey but his heart is either interred alongside his first wife in the churchyard at Stinsford, Dorset, or – more colourfully – was stolen by a naughty cat while awaiting burial.

Wilfred Owen (1893-1918) enlisted in 1915 but was invalided with stress to a Scottish hospital in 1917, where he met Sassoon. Both men felt it their duty to close the vast gap of understanding between the troops at the Front and those left behind. Owen even carried a photograph of casualties with him as a gruesome visual aid. He was awarded the Military Cross but killed just a week before the Armistice. Like Sassoon, Owen was undervalued during the war because the folks back home yearned for poets to tell them what they wanted to hear: that the war was just, death in battle glorious, and victory certain. He saw only five of his poems published before his death and was excluded by Yeats – who criticised the myth-making his short life attracted – from The Oxford Book of Modern Verse in 1936. Gradually, though, he has become the most famous of the Great War poets.

John Pudney (1909-77) served as an intelligence officer in the RAF during World War II and wrote ‘For Johnny’ (Do not despair / For Johnny-head-in-air) on the back of an envelope during an enemy air raid. Pudney worked briefly as an estate agent before embarking on a writing career. His copious output included one of the first ‘toilet books’, a history of the noble loo called The Smallest Room: A Discrete Survey Through the Ages. He is also said to have been the first person to utter a taboo word on the BBC, when he read his poem ‘Combat Report’ during a wartime radio broadcast: the poem’s last line is: ‘He burnt out in the air; that’s how the poor sod died.’

Siegfried Sassoon (1886-1967) was a wealthy country gent who joined up on the first day of World War I. He won both the Military Cross and the nickname ‘Mad Jack’ for his bravery on the Western Front. In 1917 he was sent back to Britain to recover from a wound and made a courageous public statement that the war was being dragged out

unnecessarily by the top brass. The authorities promptly diagnosed him with ‘shell shock’ and sent him to recuperate in Scotland, where he met Wilfred Owen. Sassoon’s notes survive on an early draft of Owen’s ‘Anthem for Doomed Youth’.

Alfred Lord Tennyson (1809-92) is the most quoted writer in The Oxford Dictionary of Quotations after Shakespeare – despite downing his pen for almost ten years after savage early reviews. A few crackly recordings of him declaiming his poetry survive, though it has been alleged that they might be clearer had the wax cylinders not been stored next to a radiator. His famous poem ‘The Charge of the Light Brigade’ was inspired by a disastrous military engagement during the Crimean War of 1854-6. Tennyson read a report about it in The Times over breakfast and wrote the verses in minutes. As he was so short-sighted, Tennyson often composed his poems in his head – and occasionally neglected to write them down.

John Gillespie Magee (1922-41) was born to missionaries in China. He was educated at Rugby School in England, where he won the poetry prize that his idol Rupert Brooke had been awarded three decades earlier. His biography was, tragically, to mirror Brooke’s in sadder respects for he was killed, aged only nineteen, while training as a fighter pilot during World War II. His exuberant sonnet ‘High Flight’ was inspired by a flight in a Spitfire and is much loved by aviators and astronauts.

Stevie Smith (1902-71), whose poem ‘I Remember’ is included in Ten War Poems, was christened Florence but nicknamed Stevie after the jockey Steve Donoghue because she was so small. She was mainly brought up by a beloved aunt (whom she called ‘Lion’), with whom she lived all her life, never marrying. She produced three novels of thinly veiled autobiography, which caused her a certain amount of grief when people – including George Orwell, with whom she may have had a love affair – thought they recognised themselves. She illustrated her poetry with her own eccentric doodles. Her readings, in public and for the BBC, won her many fans including Sylvia Plath; sadly, Plath committed suicide before they could meet.

, edited by Andrew Motion, has just been published by Candlestick Press. His selection moves beyond the canonical trench poems of Sassoon, Owen et al to encompass voices from the first millennium to 2015 and from 8th Century China to Blitz-time London. He makes the point that war is still, and has always been, with us.

Candlestick Press publish beautifully produced pamphlets, often introduced and edited by high profile names including Carol Ann Duffy and Nigel Slater, designed to be sent instead of a card. Find out more here.