1. The first known piece of criticism of the play was an entry in the diary of Samuel Pepys. Pepys, who saw A Midsummer Night’s Dream performed in 1662, recorded in his famous diary that the play was ‘the most insipid ridiculous play that ever I saw in my life’ (though he adds that he liked the dancing, as well as the ‘handsome women’ he saw, ‘which was all my pleasure’).

2. The play has inspired some unlikely narratives, including – perhaps oddest of all – Die Hard. Henry Purcell’s celebrated opera of the 1690s, The Fairy Queen, was inspired by A Midsummer Night’s Dream. (Indeed, productions of the play which involve musical interludes have inspired some memorable music, most famously the ‘Wedding March’, composed by Felix Mendelssohn as part of the incidental music for an 1840s production and 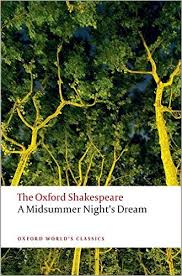 played at millions of weddings since.) But the play’s influence also extends into the world of the movies. The director of the 1988 blockbuster film Die Hard, John McTiernan, has stated that he was inspired by Shakespeare’s play to set the action of his film over the course of one night.

3. However, A Midsummer Night’s Dream doesn’t, in fact, take place in a single night. The idea that McTiernan was inspired by the play’s one-night time-frame is ironic given that the action of A Midsummer Night’s Dream doesn’t occur over a single night, but rather four or five – and, of course, takes place in midsummer rather than midwinter (Christmas Eve, the night on which the events of Die Hard take place).

4. Three of the moons of the planet Uranus are named after characters from the play. Orbiting Uranus are Puck, Oberon, and Titania, named, respectively, in honour of the sprite from A Midsummer Night’s Dream (whose alternative name is Robin Goodfellow) and the King and Queen of the Fairies. Puck, a moon discovered in 1985, is an apt name for a satellite which orbits a planet, given that in the play Puck announces that he’ll ‘put a girdle round about the Earth / In forty minutes’.

5. In 1911, Herbert Beerbohm Tree staged a celebrated production of A Midsummer Night’s Dream which included live rabbits on stage. Indeed, there have been a number of ambitious productions of the play: Charles Kean’s 1856 production at the Princess’s Theatre, featured 90 tutu-wearing sprites as part of the finale. Also appearing in the show was an eight-year-old Ellen Terry, playing the role of Puck.

For more fascinating literary trivia, we recommend our book crammed full of 3,000 years of interesting bookish facts, The Secret Library: A Book-Lovers’ Journey Through Curiosities of History

Looking for a good edition of the play? We thoroughly recommend A Midsummer Night’s Dream: The Oxford Shakespeare (Oxford World’s Classics)

, which has an informative introduction and very helpful notes.